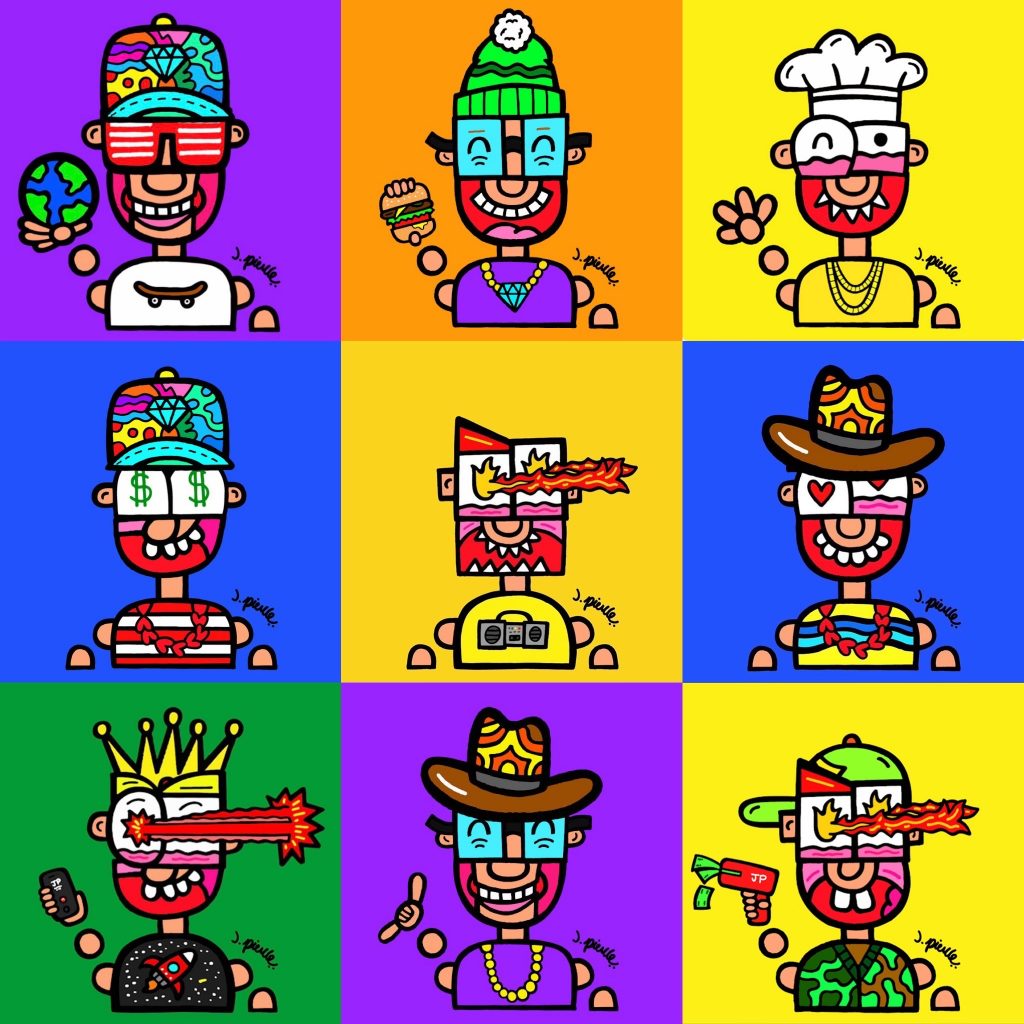 From the Streets to NFTs

A gifted artist and Chicago native, Justin Pierce, or J. Pierce as he goes by in the art community, discovered his talents for drawing and painting at 15 years old. He got his start painting on shoes and clothes, and then elevated to canvas. After receiving positive feedback from his peers, he began going to art and trade shows, doing live paintings, networking, and getting his name out into the art community.

“So I started painting on shoes, and then clothes. And then people were like, yo, that’s sick! And so I just kept doing that. And then I started branching out into painting on canvases. And then it just kept flowing from there. Going to events, just doing any trade shows. Going to like just any event or doing anything that I can get my name out.”

Now, years later, that same hunger and drive has led him to once in a lifetime opportunities. He is now a mentee of Samuel L. Jackson, is commissioned to do work for LL Cool J’s clothing brand, and even produced two paintings for Florida rapper Rick Ross. When asked what it has been like to connect with celebrities and receive widespread recognition for his artwork, Justin describes himself as blessed.

“It’s pretty dope man. It’s honestly a huge blessing because coming from where I was, like, like, from the streets and stuff and to now it’s I’ve been pretty… it’s a blessing, man.”

Though Justin is steadily achieving success and notoriety, he is no stranger to hard times and being forced to grow up fast. As a teen, Justin split his time between Chicago and California due to his parents’ divorce. At around 15 years old, he found himself in the foster care system. It was during this time that he discovered his passion and gift for drawing and painting.

In so many words, Justin describes his art as “pop art” or “urban art”. Using a plethora of bright colors, abstract and “goofy” character patterns and designs, Justin draws his inspiration from cartoons and the philanthropic work he does for kids in the community. In addition to hosting art workshops for kids, the Phoenix based artist also does motivational speaking.

“I like to do a lot of work with kids and give back and stuff like that. So like, my stuff’s real positive. I  just came up with something, you know, different and happy,” said Pierce. However, he doesn’t box himself into just abstract and pop art; he also dabbles in landscape and skyline paintings.

These days, however, Pierce has his attention on a growing industry: NFT’s (non fungible tokens). Justin launched his first NFT collection J.Pierce and Friends, a collection of about 4,000 drawings of the same abstract and goofy characters that Justin has developed throughout his years as an artist. The collection sold for over $2 million, and Justin is far from finished. Now, he’s working on a 10,000 piece zombie collection with his team.